Before 1993 there was, apart from Saturday night’s Sheff 1 disco, a scattered approach to putting on regular club nights at the Sheffield Hallam University’s student union – The Nelson Mandela Building. The Entertainment Department was run by a sabbatical officer, voted in each year by students. But in 1993 the first full-time entertainment manager was appointed and a full programme of events was mapped out. 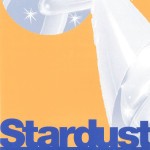 The previous year had a seen a successful monthly 80s night, imaginatively titled – 80s Night! Building on the success of this night and on a wave of nostalgia sweeping through the early 1990s, a new 70s/80s night was launched on Friday’s at the NMB.

Taking its name from the 1974 film of the same name, Stardust was born. Starring David Essex as a rock star whose life spirals out of control at the height of his fame, the film’s tagline was: “Show me a boy who never wanted to be a rock star and I’ll show you a liar.”

Launching the night were DJs The Dean Of Disco and Ben Lenoir. Both still DJing to this day, they played a mix of motown, disco, 80s pop and retro classics that was to be the foundation to keep people dancing for the best part of the next 13 years.

The DJ line-up developed over the years, with Jim MacLaine anchoring the night for 11 years and other main room DJs Rufus Brutus and Top Cat completing the DJ roster for the 90s. 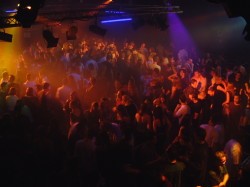 Into the 21st Century

At the start of 2000 a second room was added to the night. With students who were born in the 1980s now attending university, all of a sudden tunes from the 1990s were considered to be part of the retro mix. The Blue Room at the NMB became home to Stormin Norman, Dave “The Hitman” Hunter and Joey Fabini as they put together a party set of 90s dance and pop, that even strayed into the early 00s as the years went by.

Such was the demand for tickets to Stardust, that in its heyday the night would regularly attract ticket touts outside the NMB. And it wasn’t just about the music.

In 2004 the Students’ Union moved from the NMB to the brand new HUBS building across the street. Stardust was replaced with a new night called Pop Factory, this event failed to attract the same following, so Stardust reappeared shortly after. However with operational difficulties in this new venue the damage was done and in May 2006 Stardust closed it’s doors for the final time.

The event featured a variety of special guests over the years, including musical stars and celebrity presenters, including:

George and Zippy from Rainbow

Not forgetting tribute bands including The Cheeky Monkees, Wham/Duran, Super Troopers and Mike Fab Gere and The Permissive Society.

Now Stardust is back for a one-off special on its 20th Anniversary. All the DJs who played throughout the years are returning  and with the Nelson Mandela Building now demolished (sniff), Stardust has found a new home at the Sheffield City Hall Ballroom. The event will include two rooms of music: Main Ballroom: 60’s, 70’s and 80’s retro classics and North Hall: Hits from 1990 to 2004.

Click here for more information on each DJ and what they are up to now!

Check out the old Stardust flyers